As promised last month I can now reveal the total collected for the Poppy Appeal during remembrance week was £4,207 79  This was a very pleasing result as it is slightly more than we collected in 2019, the last collection before lockdown.  As we are now such a small branch and can’t form a full committee, as required by the Charity Commission, we are working towards becoming a County Supported Branch which means we can continue doing what we are doing but we pass any money we have as a branch to the county.  This should not cause any problem as we are no longer able to spend this on local needs, this is administered by the county.

However, as we are such a small branch we would welcome anybody who would like to join us, if you are interested please contact me for more details.

The annual Coffee morning to raise funds for the Poppy Appeal was held at Pahaska, Adams Green on Friday 5thNovember.  The numbers were down on last year but with the help of donations from people who could not be there we raised £171.  Many thanks to all who supported the morning and also those who make cakes, run the Bring and Buy stall and organised the raffle.  We have, as usual, distributed about 50 collecting boxes around the villages within our area which includes Closworth in the north, Melbury Bubb in the east, Frome St Quintin in the south and Mosterton in the west.  All the monies collected will be counted after the service on Sunday 14th November, unfortunately this is too late for me to get details of the final sum raised in the December Chimes but I will make sure it is in the January Chimes.

This year we hope to be returning to the normal events for Remembrance Week.  This means we will be having the usual door-to-door collections as well as static boxes in shops, pubs and schools.  Would you be interested in doing some collecting around the villages?  If so please get in touch with me.

We will also be having our normal coffee morning to raise funds for the Poppy Appeal which this year will be held at Dosie on Adams Green on Friday 5th November at 10.30am.  This will have the normal format including a Bring-and-Buy sale and a raffle. 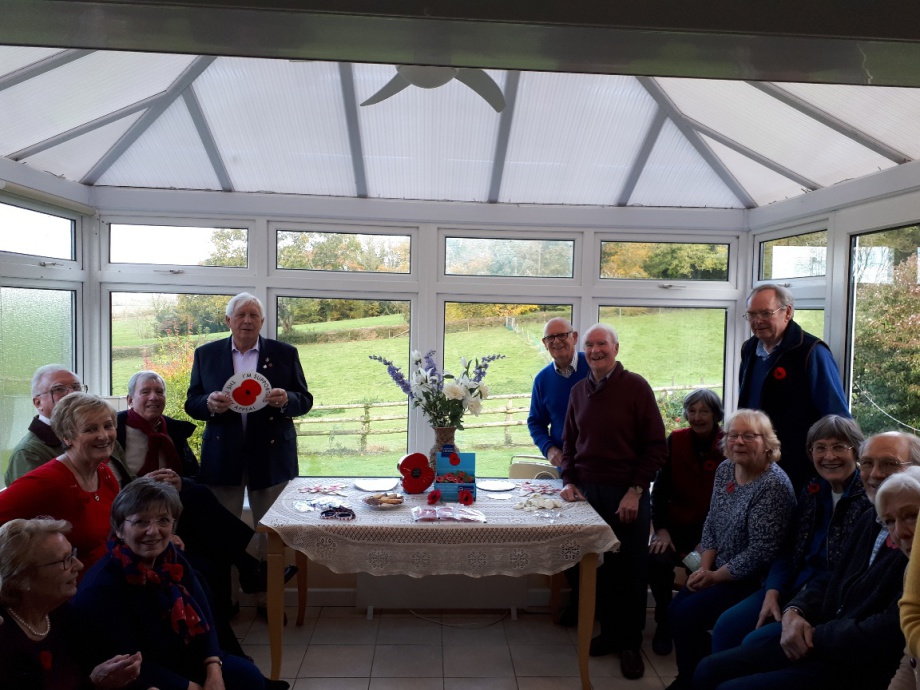