On Thursday 21st September, Halstock Hall was the venue for the annual Macmillan Coffee Morning.  Yeovil Car Club was in attendance to help, with the men parking the cars and the ladies serving tea and cake.  There was a good local attendance and a chance to catch up with each other.  Yeovil Car Club would like to say a big thank you for the lovely varied cakes and raffle prizes that helped to make this worthy event a success. The total raised was £403.40

Saturday 9th October was the day we had arranged to have an autumn clean at the hall.  Although it was very misty at first soon the sun came out which made it possible to get a lot of outside work done as well as work inside the hall.  There was only a small group of volunteers but a lot of work got done.  For a long time we have been intending to build a step to the lower shed in the car park, this is now done.  All the windows and doors were cleaned cupboards cleaned in the kitchen and the hedge on the north side trimmed back.  A big thank you to all who came and helped.

A small band of people have now started playing skittles on Wednesdays at 7pm in the village hall.  As the art class is held on the second and fourth Wednesdays we can play on the first, third and, if there is one, the fifth Wednesday.

The hall management committee normally meet on six Monday evenings during the year, however, due to Covid-19 restrictions, this year our planned meeting for May was a virtual meeting via the wonders of the computer.  It is also not possible to hold our Annual General Meeting in the hall so we are placing the relevant documents in the Community Room and also on the village website.  If it is felt we still need to have meeting in the hall I will arrange one when restrictions allow.

Most of the usual events took place until we were forced to close the hall due to Covid-19.  Yoga classes had started again, badminton on Tuesday nights was very popular and short mat boles took place on Friday afternoons.  Pot Luck Lunches still ran on Wednesdays.  As numbers had been falling the club had a publicity campaign to try and increase the number of people attending and, along with other changes, this had started to improve the attendance which we hope will continue once we are able to hold the lunches again.

The Village Cinema is going from strength to strength, some of the films shown had a record number of people attending.  Due to the cost of hiring the films we did have to increase the ticket price by 50p to £6.50, however this is the first time we have had to increase the cost.  As with everything else we had to cancel all shows due to Covid-19 but we are planning to start again in September if this is possible.

I always mention the paper shed which up until now has given the hall a very useful income.  I am sorry to say that due to the fall in the value of paper for recycling, the firm will no longer collect paper from us.  I would like to thank all the people who for years have put paper in the shed and those people who emptied it early on, some wet, Saturday mornings.  Please in future would you put paper in the council recycling bin?

Finally I would like to thank all the committee members for their help during the year and I look forward to the time we can get back to normal, whatever that will be.  Also a big thank you to people who are not on the committee but continue to help in so many ways.

You will have noticed that the tree in the hall car park has now been taken down.  We would like to plant a new tree but that is not possible on the same plot so we will be looking for ideas as to where we could put it and what we could do with the old stump.  By the time you read this the paper shed will have been emptied.  I am sorry if you came down and found the shed was full, this was because the lorry which collects the paper broke down when the shed should have been emptied so we had to arrange a new date.

Notice is given that Peter Brinck has applied to Dorset Council for a variation of a premises licence in respect of Halstock Community Hall, Leigh Lane, Halstock, Yeovil, BA22 9SG for regulated entertainment and the provision of alcohol generally between the hours of 09.00am and 01.00am on Monday to Saturday and between 09.00am and Midnight on Sundays.

Any interested party or responsible authority may make representation to, The Licencing Section, Dorset Council, South Walks House, South Walks Road, Dorchester, Dorset, DT1 1UZ within 28 days from the date of this notice.  The licensing register and details of this application may be inspected during normal office hours at the above address. 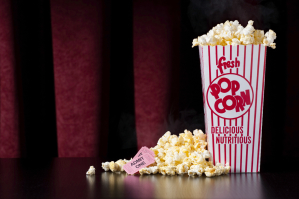