RETURN OF THE VILLAGE FOOTBALL CLUB 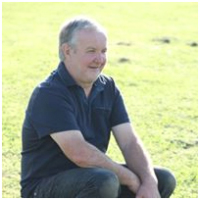 After a gap of 18 years, Halstock FC was re-established by Adge Diment during the 2015 summer, using a field owned by John and Trish Bright. The first recruit was Mark Crabb, the Team's competent and highly vocal coach, and son of one of the founders at the club's inception back in 1967.

Before the start of the 2015/16 season, the club had purchased a set of posts plus nets, 18 sets of kit, a line marker together with match and practice balls. Adge had a club house built, including changing room, toilets and a snack bar and secured the necessary insurance cover. The team was registered with the Perry Street Football League in their lowest division, Division 3.

RESULTS FROM THE FIRST 3 SEASONS

What a complete surprise it was when they won the Division 3 championship in the first season, Division 2 championship in the second and in June this year, at the end of the third season, were victors in Division 1! The run of success has not stopped them also winning the Jack Vinney Cup competition in 2016/17.

The club has over 20 playing staff representing a wide age range, from teenagers to possibly the most senior member, Pete Lemmey, who we're told is in his mid 40s (plus, it is felt, a good deal of VAT!). Halstock FC has earned the reputation of simply blowing away most of its competition, mixing the skill levels driven in to the players by Mark Crabb, with huge levels of energy and commitment. 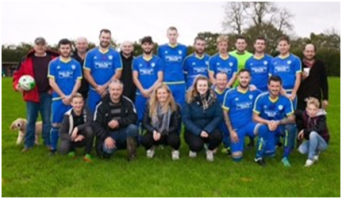 Three years ago, the ground received a lot of attention with underground drains, proper parking facilities, railings to keep excited supporters away from the touch line and even touch-line dug-outs. The team was supported by pretty good club house facilities and a good playing surface. Importantly, the club has seen a good level of support from Corscombe residents as well as Halstock people along the touch line, which is great and hopefully a sign of things to come.

THE COST OF SUCCESS

Promotion to the Premier Division has resulted in the Perry Street League officials demanding even higher standards, principally enhanced drainage to keep the playing surface fit for play, even in the wettest conditions and to offer enhanced changing/showereing facilities for both visiting teams and match officials. The hospitality area has been extended giving the increasing number of supporters the chance to purchase one of Cyril's award-winning burgers. (Ed note: the award has not actually been made but if it should be, will probably extend to an area just outside ground boundaries!)

The level of coaching has increased in support of Marc Crabb with the welcome return to the village team of Marc Locke, who many will remember was a great player with the original club back the 1980s. This is an important addition to further bolster skill levels essential when facing the tougher tests now facing the team.

YOUR FOOTBALL CLUB NEEDS YOU

Whether you are an aspiring player wanting to join the playing staff or a junior wanting to join the cubs team, contact David at clegg166@btinternet.com The big win in this is the increasing number of supporters from our 2 villages. At one match this year, there were almost 80 people cheering the team on. The 2018/19 season will be more testing in the Premier Division so the greater the support, the stronger the players become, and while you are there, do let Cyril serve you one of his award-winning burgers! (See above!) Match details will be posted in advance outside the Community Shop thanks to Barry and Tony.

CONGRATULATIONS!!  WELL DONE!!
Celebrations as Halstock Footbal Club were presented with the first division championship trophy and medals.
This is the third successive promotion since the club was reformed in 2015. Next season they will play in the Perry Street League Premiership division.
Pictures show captain Ian Parker receiving the Championship trophy and the team celebrating their fantastic achievement. 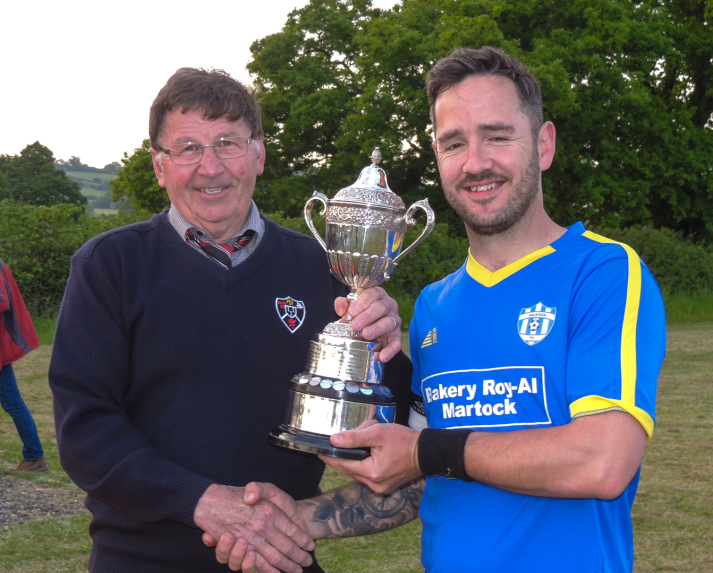 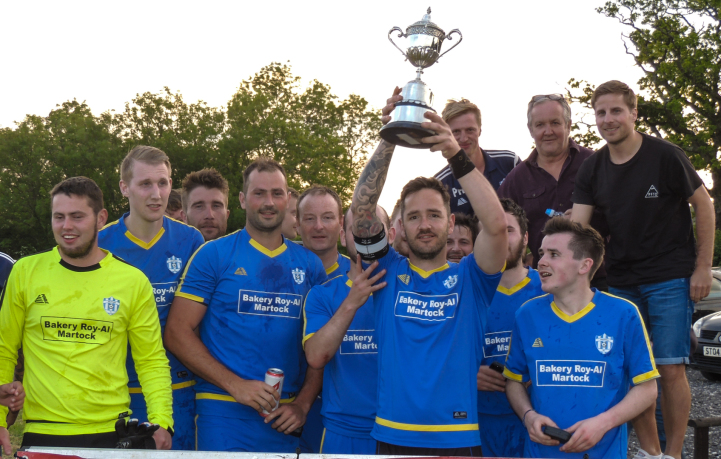 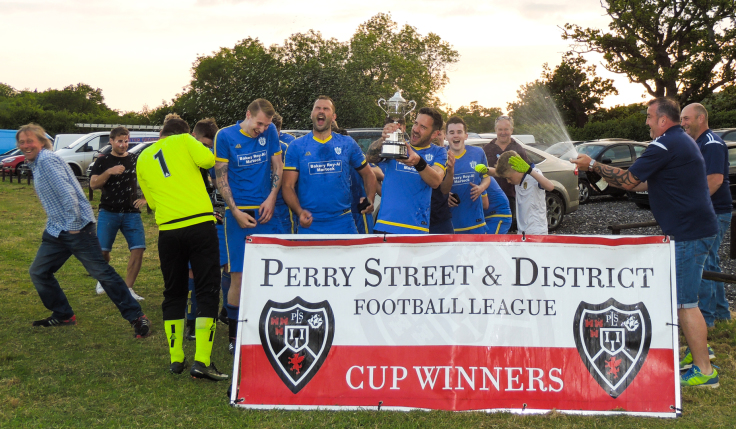